Like fiction, baseball’s dramas can lift us to the brink of joy or leave us on the edge of tears. 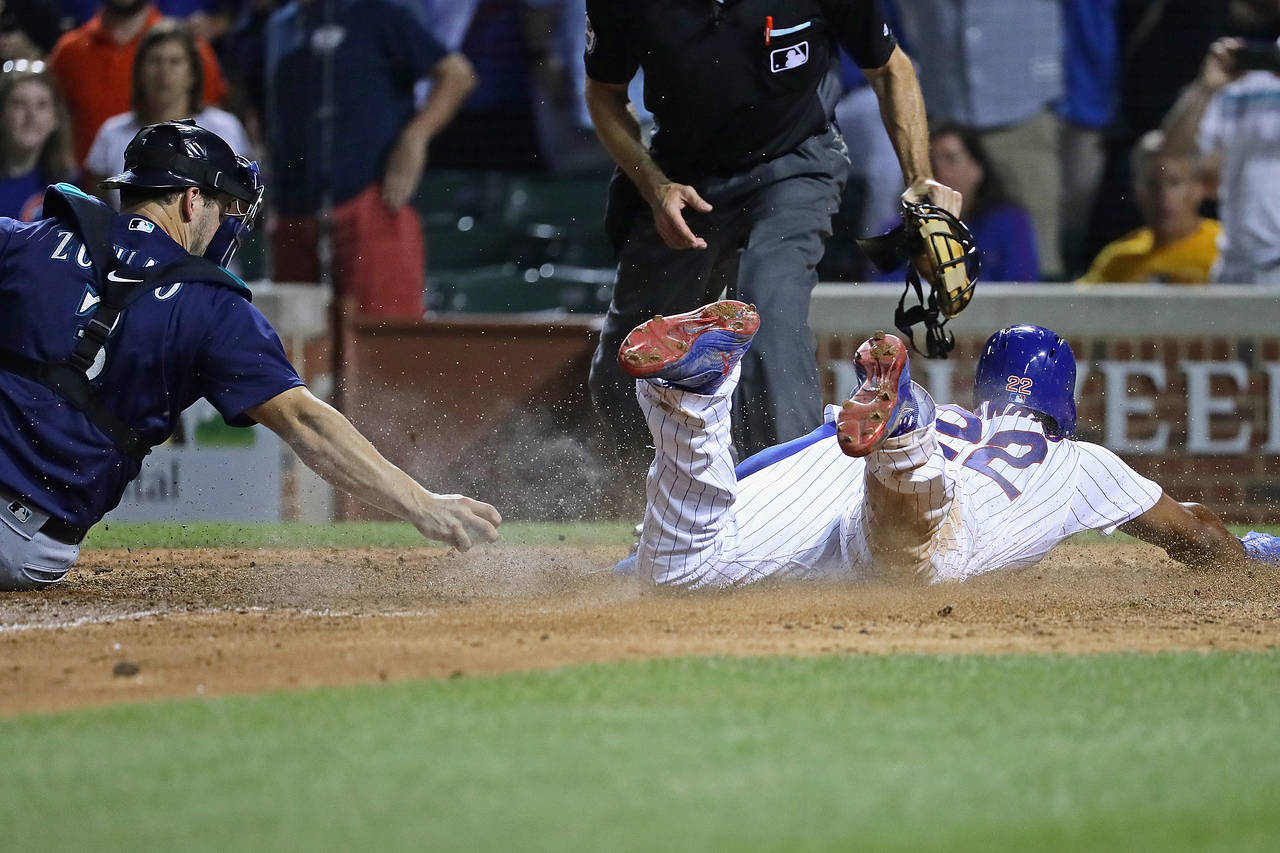 Some people consider a novel read by 5,000 people to be a major cultural event, but a
sports event watched by 40 million mere trivia. I want more novels to be read and loved.
But one of the reasons there is so much good writing about the slowest of major
American sports is that a baseball game can transport us like a fine novel.

A great game, like a great book, is a world unto itself. It has sympathetic characters and
villains. We imagine ourselves performing alongside them in moments of repose and
pressure. Baseball’s dramas can lift us to the brink of joy or leave us on the edge of tears.

Last year I saw a midseason night game at Chicago’s Wrigley Field that illustrated
baseball’s distinctive narrative pull. It was July 31, and the Cubs were at home against
the Seattle Mariners. I happened to throw out the first pitch at this game—high and
outside—but was pointedly steered to a seat in the stands, not the bullpen.

The Cubs had led the National League’s Central Division since the first days of spring.
But the able Mariners had won the first two of the three-game series. This raised old
fears that the Cubbies, who had flailed in so many comic and implausible ways for 108
years, would run out of magic just when they needed a jolt to win. The conflict in the
plot was not just between two teams, but a team facing its own ghosts.

The Cubs started a pitcher just up from their Iowa farm club. How could a fan not root
for the kid (who was actually 29) to triumph? But Brian Matusz threw a wild pitch, hit a
batter, and served up three two-run homers. You could practically see a bus with “Next
Stop Des Moines” on it pull up to the mound to take him off. As baseball commissioner
and English professor A. Bartlett Giamatti once wrote, as true for literature as baseball,
“It breaks your heart.”

The score was 6-0, Seattle, before most fans at Wrigley called for their second beer. Joe
Maddon, Chicago’s manager, brought in Travis Wood to pitch. The southpaw doused
Seattle’s scoring so effectively that Maddon parked him in left when he brought in a
right-hander to face the bottom of Seattle’s lineup. Of course Seattle’s Franklin
Gutierrez aimed a fly ball that was a perfect test of the pitcher in the outfield. Wood
backpedaled, his face upturned, like a man running from Godzilla. Then he wheeled,
twisted and hauled it in with his back up against Wrigley’s famous ivy.

Slowly—pitch by pitch, run by run, scene by scene—the Cubs chipped away at Seattle’s
lead until the ninth inning, then tied the game on a wild pitch. The climax came as the
scoreboard clock rotated poetically toward midnight. In the bottom of the 12th, Jason
Heyward doubled and was moved up to third. Maddon called in another pitcher, Jon
Lester, to pinch hit.

Lester played for a decade in the American League, where pitchers aren’t typically called
on to hit. His career batting average is 0.064. He would have had a better statistical
chance of lassoing a pink rhino than driving in the winning run.

Seattle’s infielders drew in for the bunt they knew was coming. The first pitch from Cody
Martin was a ball; the second a strike. Heyward danced off third to divert Martin, who
threw a pitch-out—deliberately wide of the plate—so that Mike Zunino, the Seattle
catcher, could cock his arm and fix a glare on Heyward.

Remember: All this action took place between plays. The pauses in a novel can tell as
much as the action.

Lester fouled off the next pitch, nicking it just enough for strike two and, perhaps, just
enough to cause Seattle’s infielders to take a step back. Maybe Lester’s pretension to
bunt had been a pose? Nope. On the next pitch Lester laid down a dead-bird of a bunt
about six feet from home plate.

Martin sprinted off the mound. With no time to transfer the ball to his bare hand and
throw, he instead swatted it with his glove to Zunino. As Heyward barreled down the
third-base line, the catcher twisted home with a Bolshoi-worthy move. Too late.
Heyward managed to sneak his left hand under Zunino’s tag while sailing by on his chin.

Baseball can be slow. So can parts of a fine novel. A typical game takes three hours—
about the reading time of a short novel—and can be packed with irony and
astonishment. A finger taps out the winning run at the last second through a cloud of
dust. The game can remind you of the importance of precision, in every word and every
pitch.