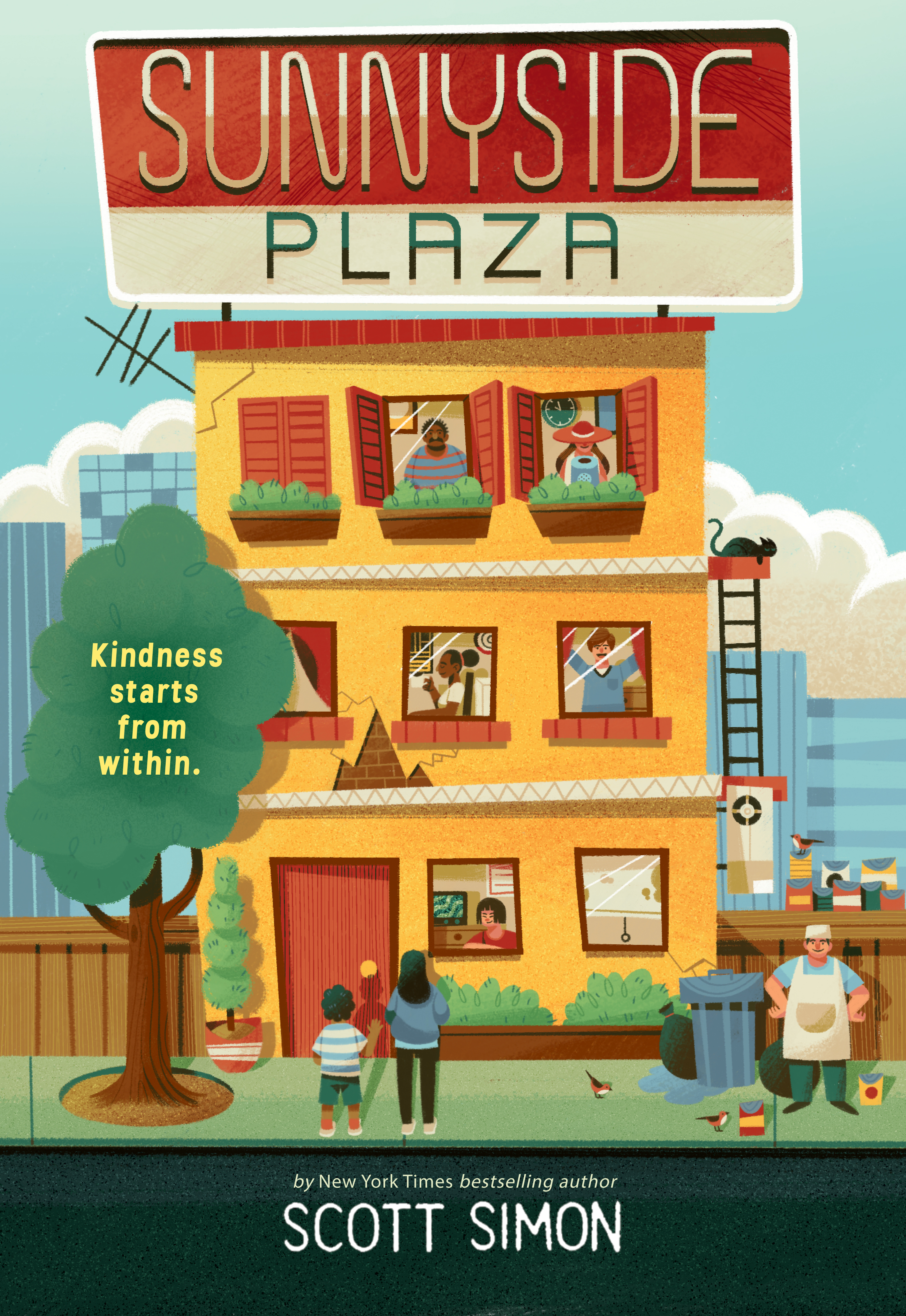 “A tender insight into being different and wonderful.”
– Kirkus, starred review.

“Sunnyside Plaza is a gem of a read! I highly recommend this mystery to anyone who loves to learn about people. Scott Simon got it all right when creating characters with intellectual disabilties and showing the strength that human connections make in one’s life.”
Kathy Detwiler, Buttonwood Books & Toys (Cohasset, MA)

“When the residents of Sunnyside Plaza – a group home for adults with developmental disabilities – start unexpectedly passing away, a young woman must work with the other Sunnysiders to figure out what’s happening. Scott Simon’s characters are instantly emotionally engaging and their resiliency and determination to help and protect each other will have readers of all ages deeply invested in their story.”
Colin Sneed, Flyleaf Books (Chapel Hill, NC)

From a kid reviewer: “Sunnyside Plaza is an amazing book. The book is a mystery and it is sure to intrigue anyone who reads it. I rate it 5 out of 5 stars. If you liked Braced, I am certain you will like this book too. It’s a great book for kids 9 and older.”
Island Bookstore (Kitty Hawk, NC)

“Like all animals, humans are hardwired to detect differences. Avoiding, fearing, or making fun of differences, though, is a learned behavior. We’re no two alike, so which differences affect our reactions to others? The residents of Sunnyside Plaza are “”different””, but so are the staff, the delivery man, the people on the street. Author and NPR commentator Scott Simon’s novel is aimed at middle-grade readers but is important reading for older teens and adults, too, and will be a great book for group discussions. And you’ll cheer for Sally and her friends as they help the police solve a mystery!”
Susan Posch, The Book Shoppe (Boone, IA)

“Sally lives in a residence for adults with developmental disabilities. She has many friends in the residence. Those outside of this group home think the residents are incapable of thinking and figuring things out. But Sally and the others have talents and abilities that others have not seen. When a couple of the residents die unexpectedly, and the local authorities cannot answer the questions of why and how, Sally and her friends take it upon themselves to solve the mystery. An excellent book about the power of the human spirit, even when some of the people are so different from what would be called “normal.” A must read for all middle readers as they think about people who may be different from themselves.”
Pat Trotter, Bookends On Main (Menomonie, WI)