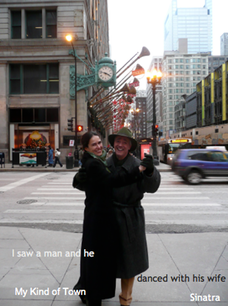 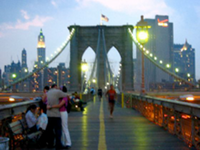 Our  New York  is mostly for kids. Danny Meyer’s Blue Smoke has jazz, blues, and barbeque, and lets children decorate cookies for themselves.

Rosa Mexicano (I know it should be Mexicana, but that’s how they spell it) across from Lincoln Center, will bring emergency rice and beans to you if you have children in tow. They also have a kid’s menu that is tempting to adults. Maybe any kids menu is, if accompanied by pomegranate margaritas.

The Museum of Natural History has a specially warmed and contained butterfly conservatory that is magical. Tip: rub a sweet gel discreetly through you hair, and the butterflies may light on your head. Children will think you have a special power.

Also, everyone should see the Holocaust Museum 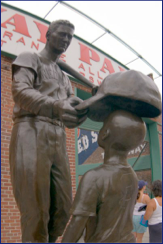 You should try to see a game at Boston’s Fenway Park. It’s no more charming than Wrigley Field, but the team is better, and the ownership has been a model of worthy community involvement. 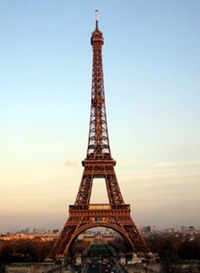 Bulot are small, gray, faintly slimy sea snails that often cling humbly to the edge of giant shellfish platters in fancy Paris restaurants. Sweep away the lobster and oysters, and go for the bulot. They feed on crabs and shrimp, and are flavorful, rich, and delicious. We like Bar a Huitres on St. Germain, but they have a few locations. Also, some of the local markets boil the bulot (said to be famously and obnoxiously fragrant as they boil) with black pepper, which is even more amazingly delicious.

If you think you don’t, and never could, like steak tartare, order it at Brasserie Balzar. Put a dollop on a chunk of rye bread, and you will push away the frites.

The park at the Luxembourg Gardens is filled with splendid places for children to romp, and things for them to stomp on. They serve outstanding coffee and pastry, too.

My wife tells me that Paris is also filled with many outstanding cultural attractions. I’ll have to take her word for that.

Our friend Will Grozier is the best-read man we know, and the most engaging conversationalist. Email him before you land inLondon to have him meet you at the airport. By the time you arrive in town, you will be better-informed than if you had read all of London’s fat Sunday newspapers.

Anything put on at Sam Mendes’ Donmar Warehouse is worth seeing. When you have, go across the street to Belgo’s and have the best of both worlds—London theater and Belgian mussels and frites.

Veeraswamy is London’s oldest Indian restaurant (1926), and possibly the oldest continuing Indian restaurant in the world. Mahatma Gandhi and Charlie Chaplin had lunch here; Chaplin admired Gandhi, and the Mahatma wondered why he was having lunch with a man who made faces for a living. The menu changes constantly, rotating through all regions, and you’ll be glad India has so many regions.

Simon Parker Bowles keeps a teddy bear—Teddy Parker Bowles—at Green’srestaurant, a theater hangout on St. James. The teddy bear recommends the scotch salmon. So smooth you’ll pick up the lemon wedge with disdain and ask, “What the hell is this for?”

Adoption is a blessing and a life-changing gift. We are thankful every day for the privilege of raising our daughters.

Sometimes, depending on the circumstances of your child’s life before they were adopted, adoption can also present special challenges.

We’ve been helped enormously by The Cradle’s special web courses designed to help parents understand some of those challenges and how to help your child, and family, heal.

The courses are called Tough Starts Matter. We can’t recommend them enough as a starting point if your child’s behavior suggests early trauma, or inadequate physical and emotional nurturing. These courses have helped us be better parents.

The Cradle, through Adoption Learning Partners, also offers web courses on attachment and medical issues in adoption as well as other subjects.