Many of us get so nervous about offering condolences that we end up blurting out something less than comforting. The author of Unforgettable explains what words can provide real solace. 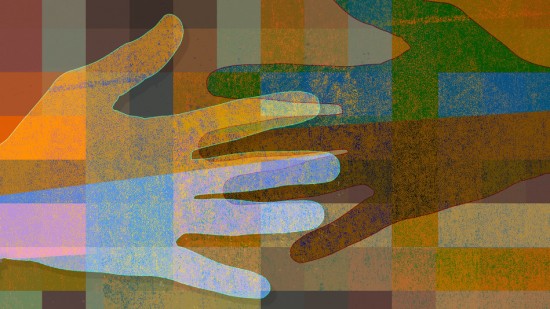 Actually…you can’t. We might suffer exactly the same loss as someone else (of a parent, a spouse or, most appallingly, a child). But no one can know exactly how someone else feels. The relationship you had with your father who died isn’t the same as anyone else’s relationship with their father who has just passed. Just because a feeling is universal doesn’t mean it feels the same to everyone. That’s why there are millions of different love songs.

Our family has had a lot of loss over the past year or so. My mother died; and then my aunt; and then my wife’s father; and then an old childhood friend. Our cat, Leona, lost a paw to cancer and is in the kind of decline that makes kind-hearted, well-meaning friends say, “Any day now, huh?” So we’ve learned about some of the things people say that maybe they shouldn’t.

Telling someone, “I know just how you feel,” can make it seem as if the person’s loss is routine and unremarkable, just one drop to evaporate from the ocean of life. This may be true, philosophically. But save that wisdom for a philosophy class, or some long, sleepless night of your own.

A friend doesn’t need to hear that you know just how he feels. He needs to know that you care about whatever he feels.

2. “Sorry about your loss. But you should hear what happened to a friend of mine…”

Maybe you can tell that story one day. Not now. Someone who is grieving shouldn’t feel as if he or she is in some kind of heartache competition. Someone whose mother has just died peacefully, in her seventies, will not be comforted to hear that you have a pal at work whose parents died in a train wreck when he was 10, and isn’t that a real tragedy?

A remark you may think will give them valuable perspective just sounds as if the death of someone they loved doesn’t count.

One of the classiest human moments I’ve ever seen (and I saw something like it over and over) occurred when I was covering the siege of Sarajevo in the 1990s. People who had seen their children brought down by snipers would embrace and console people whose dog died. Their loss had been so profound that they understood how everyone’s is.

This is often uttered after a long and debilitating illness. If death relieves prolonged and irreversible suffering, then the blessing is not disguised. We’ve probably all had relatives who have been kept minimally alive for a while, trapped in bewilderment and pain. Sometimes human beings need to die, just as they need to sleep or eat.

One of the revelations my mother gave me during the last days of her life was that she had decided that my father’s death had been a blessing—his. He was 48, and had drunk himself out of their marriage and many jobs. He died when I was 16, and even I could see how his death put him beyond any more hurt, and let us drop our anger and disappointment to grieve for him with love.

“Your father died because he couldn’t help himself,” my mother told me in the hospital. “He didn’t want us going down, too. It was the last thing he could do for us and that’s what he did.”

Her point was well made, but only long, long after my father’s passing. In those first few months of sadness, friends don’t help by sharing this kind of hard, sharp realization. It’s a time to be thoughtful, not insightful. Kind, not blunt.

Everyone knows the odds. As my mother got into her 80s, she had seen so many friends depart she shivered when the phone rang. “I want to pick it up,” she said, “and just ask, ‘Cancer, stroke or heart attack?'”

But when a person has been part of your life for so long, you begin to take them for granted, in the nicest way. If they’ve lived through illness and operations and come back roaring, you begin to think they are indestructible, if not immortal. The longer they go, the harder it can be to imagine life without them.

If your mother is 80, you notice that Father Ted Hesburgh just died at the age of 97, and that Kirk Douglas is 98. Isn’t your mother at least as worthy? Telling someone in grief what the actuarial tables say may be accurate. But it’s not comforting.

I remember hearing that said when an old high school friend, who had joined the U.S. Forest Service, died in a copter crash while fighting a forest fire in Oregon. He was 22, a city kid who had just begun the life for which he’d worked. I don’t think he wanted to die that way at all.

My mother was 84 when she died, with her son by her side, after a week spent together in which we laughed, wept and confided. Those were blessed and beautiful days that I am sure my mother wanted to be a last enduring gift for me, and for my family. But she also endured a lot of anxiety and pain that no one would want.

Saying someone died as they wanted to is a hazardous observation, unless your 90-year-old aunt dies in the arms of Colin Firth.

6. “You’ve got to read (or listen to or watch) this. That’s what I did when (fill in the blank) died. Tell me when you’ve finished it and we’ll talk.”

Someday, they may pick up the book or music that you gave them—or something they find on their own that gives them comfort or diversion. Share a line from a book, mention music and quote from a favorite poem. But don’t give homework to someone who is grieving.

That’s right—nothing. Don’t let a fear you may say something foolish frighten you into saying nothing. Say something—then listen. Friends who are grieving don’t expect you to toss off some wise advice that will instantly wipe away their sadness. What they could use most from you is an open heart and time spent listening.

There are a few simple lines that have been tested by time and can be repeated with utter sincerity. None of them are original. But it’s a time when it’s more important to be reassuring:

“I’m sorry.” Two true, simple words to let a friend know that their loss touches you, too.

“I loved your mom. I’ll never forget the time that…” A funny or moving memory can make someone who has just died return as a lively and vivid presence, right in front of us. That’s what makes wakes and shivas some of the greatest parties of our lives.

“We’re thinking of you.” It reminds a friend who grieves that though they may feel lonely in their loss, they are not alone.